FORCING WRONG TO BE RIGHT 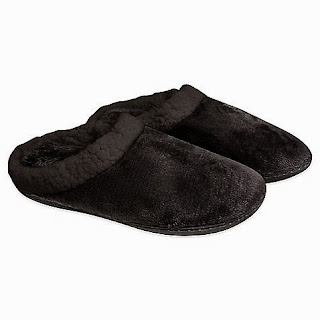 A few weeks ago, I visited and spent the weekend with my mother, who lives about 2 hours from where I live.  After the visit was over and I returned home, I realized I left my favorite, black, bedroom slippers (I don’t know why they’re called bedroom slippers, cause I wear them all over the house and sometimes outside).  Good thing she was coming to visit me the following weekend and promised to bring them to me when she comes.  Sure enough, mom arrived and had my “worn down in the right places,” favorite slippers with her.
After returning home from a long day of hanging out, I changed into some comfy clothes and put on my slippers.  My first thought was...dang, these feel funny.  I couldn’t figure it out, but something about the left foot just didn’t feel right.  I knew something was off, but I kept them on and went on about my business, ignoring the discomfort I was feeling with the left slipper.  The next day was the same thing...dang, these feel funny.   I tried to rationalize with myself that it was in my head or maybe it was just the result of my feet needing to get reacquainted, back to their favorite slippers.  After all, it had been a whole week without them, right?
Mom had returned back to her home and I was still going through the “dang, these feel funny” moments, but every day, the slipper was becoming a little more tolerable and comfortable than before.   The awkward feeling of “something’s wrong” were slowly fading away and after a few days, the left foot was beginning to feel normal.  After about a week, I was sitting in my office on a conference call, and in my boredom, I looked down and noticed there were some slight differences in my left slipper versus the right.  The differences were so small, that you wouldn’t catch it with a normal glance, but to an eye that’s like Inspector Gadget, you see everything.

I noticed that the left slipper’s trim was fluffier than the right.  I even noticed that the left one was a tad bit smaller than the right.  At first glance, they look like the same slipper but the more I examined them, I realized that I had 2 right slippers.  Aha...I knew something was wrong with this slipper.  I remembered when my mother first blessed me with the slippers; she told me that she had bought herself a pair too.  Looks like when she was packing, she picked up one of her slippers and one of mine.
I was tickled at how even though I knew something was wrong; I was adamant in making it right.  No matter how much I tried to rationalize why the slipper wasn’t fitting or feeling right, it didn’t change the fact that something was wrong.  I basically forced it to fit.  I wore it every day (I’m still wearing them now) and eventually, it became comfortable and felt normal.  WOW!  We can actually force wrong for so long that it will eventually start feeling right.  No longer will it feel wrong.  No longer will we be sensitive to it feeling wrong or being wrong.  We can actually become so comfortable with a wrong thing and can live with it without any convictions. We can get so comfortable in a wrong thing that we have no desire to change it.  We can actually do it for so long that we will call what’s really wrong, right.  To be in this place is very dangerous, because we have now become accustomed to wrong.  Wrong feels right.  Wrong is now being justified as right.  And although it’s really wrong, it’s right to ME.  There is a way which seems right to a man and appears straight before him, but at the end of it is the way of death.- Proverbs 14:12 AMP.

Be careful my friends when forcing wrong to be right.  If God says it wrong, it’s wrong.  He doesn’t change His Word for any of us.  We have to change because of His Word.  The Word or the meaning of the scriptures doesn’t change based on our age, our gender, our denominations, our postions, our feelings, our emotions, our situations, our sins or nothing.  I understand how you feel.  I understand that somebody did something to you; hurt you; abused you; left you.  I understand that you feel justified.  I understand something happened, but His Word will not change for us.  Again...we have to change because of His Word. I am the LORD, and I do not change. Malachi 3:6a

Did you know that God loves you so much that He impressed upon my heart to write this blog- JUST FOR YOU!  That's right- take it personal.  He doesn't want any of us living in error.  So let's see...

Do you have any “wrongs” in your life that you have forced it so much that it now feels right?   Sit down for a moment with your Inspector Gadget tools and access the situation.  Do you notice anything odd or out of place?  Hey, it’s not too late to change it.  Take your situation, and find out what God says about it.  If you find it’s wrong, then agree with what He says about it.  Repent and stop going against the grain. (Romans 2:9-19)  Stop going down that wrong path.  (Proverbs 14:12) Stop trying to force a wrong to be right, because although it feels good now, there are consequences to it later.


Clarissa
Posted by Clarissa at 10:54 AM 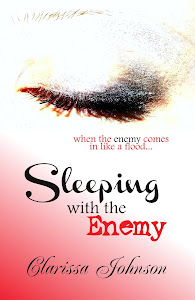